“Brantford is a course that has everything.”

It has been said a great course is defined by its golfers. If that’s the case, there are few greater courses in Canada than Brantford Golf & Country Club.

“The course is a great test and uses your whole bag,” says David Hearn, a PGA Tour veteran who grew up playing Brantford and continues to call it home. “How good the golfers are is a testament to how good the course is.”

In its recent history the club has produced a multitude of talented golfers, many who have gone on to test their games at the professional level. Those golfers include Hearn, who can be found on the course’s fairways regularly throughout the summer; former University of Texas standout Nicole Vandermede; and LPGA regulars Alena Sharp and Jennifer Kirby, among others. No course in recent Canadian history can rival Brantford when it comes to producing great talent.

Much of this success is due to its remarkably timeless golf course, a tremendously well-crafted design created by the team of Nicol and Stanley Thompson along with George Cumming, with later revisions by Robbie Robinson. The group created a routing that is easily walked, allowing golfers to take in the stunning views of the Grand River while testing their abilities and concentration. Fairways meander up slopes to well guarded greens, while golfers need a deft touch to avoid wandering creeks. Through it all Brantford is fun and enjoyable, a course where par can be a challenge, but losing a golf ball is difficult as well.

As golf columnist Robert Thompson writes on Golfclubatlas.com: “There are some exceptional holes at Brantford, including all the par threes — the third, with its difficult, hillside green overlooking the river to the 10th, with its perched green devilishly protected by a grassy chasm, and the 15th, with its quarry-like setting.”

In fact, great holes abound at Brantford, from the short 9th hole, which requires precision over power, to the lengthy par four 13th, which expects precision and power. By the time you reach the 18th, a wonderful, snaking par five with a green set next to the hillside below the club’s outdoor patio, Brantford will have tested your game and your imagination.

What more can one possibly want from a golf course? 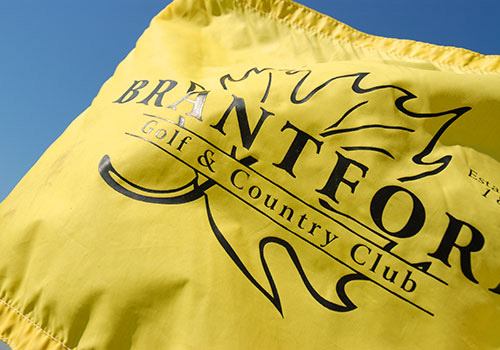 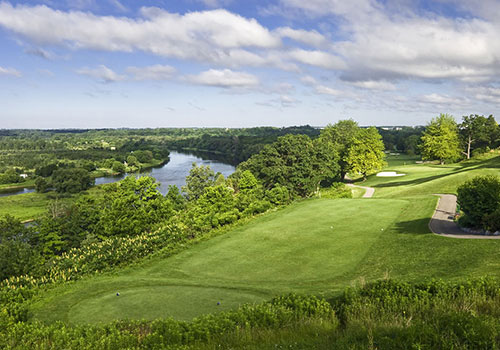 Click on any of the hole numbers to watch a video overview of the hole.